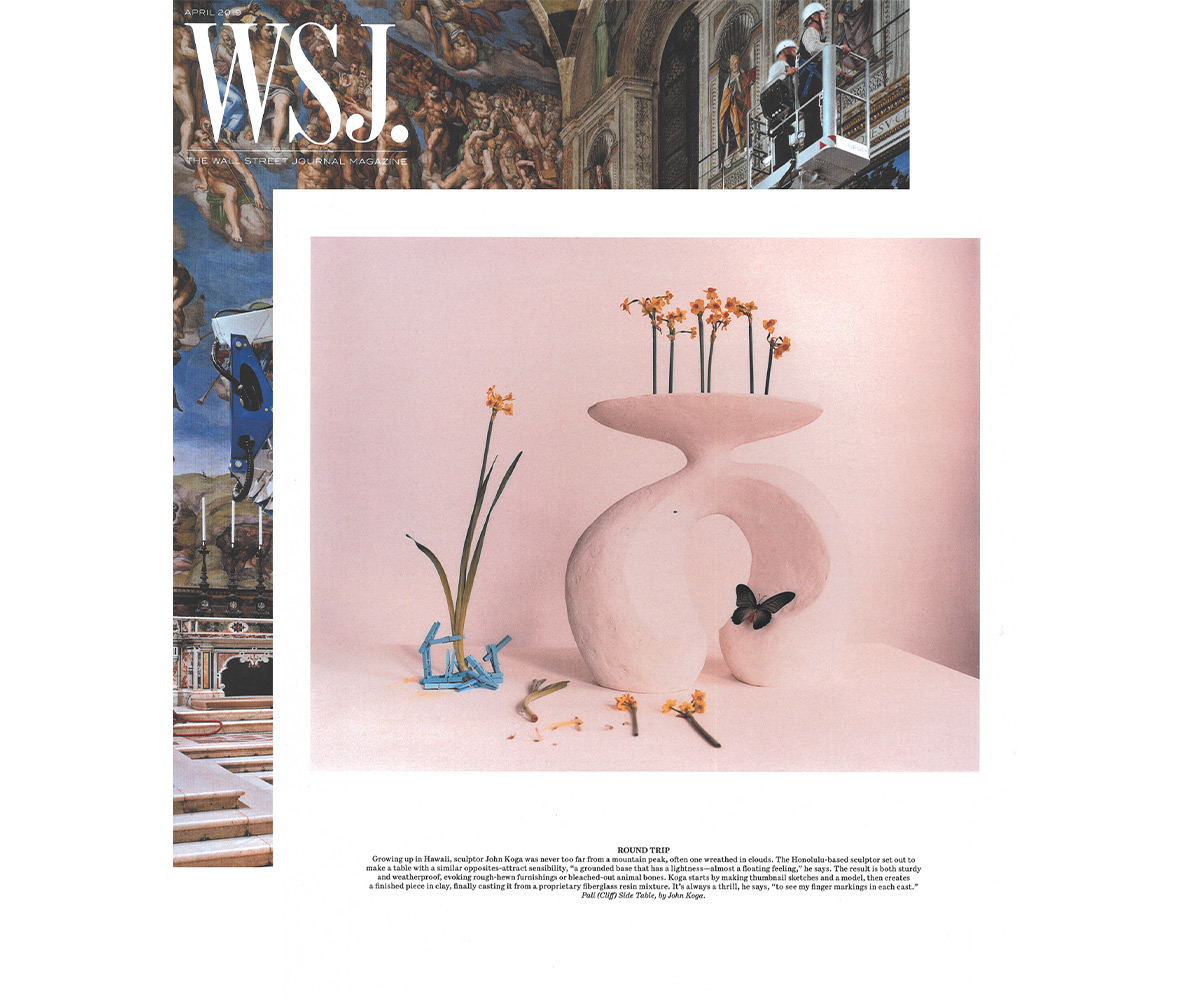 Growing up in Hawaii, sculptor John Koga was never too far from a mountain peak, often one wreathed in clouds. The Honolulu-based sculptor set out to make a table with a similar opposites-attract sensibility, “a grounded base that has a lightness- almost a floating feeling,” he says.

The result is both sturdy and weatherproof, evoking rough-hewn furnishings or bleached-out animal bones. Koga starts by making thumbnail sketches and a model, then creates a finished piece in clay, finally casting it from a proprietary fiberglass resin mixture. It’s always a thrill, he says, “to see my finger markings in each cast.”