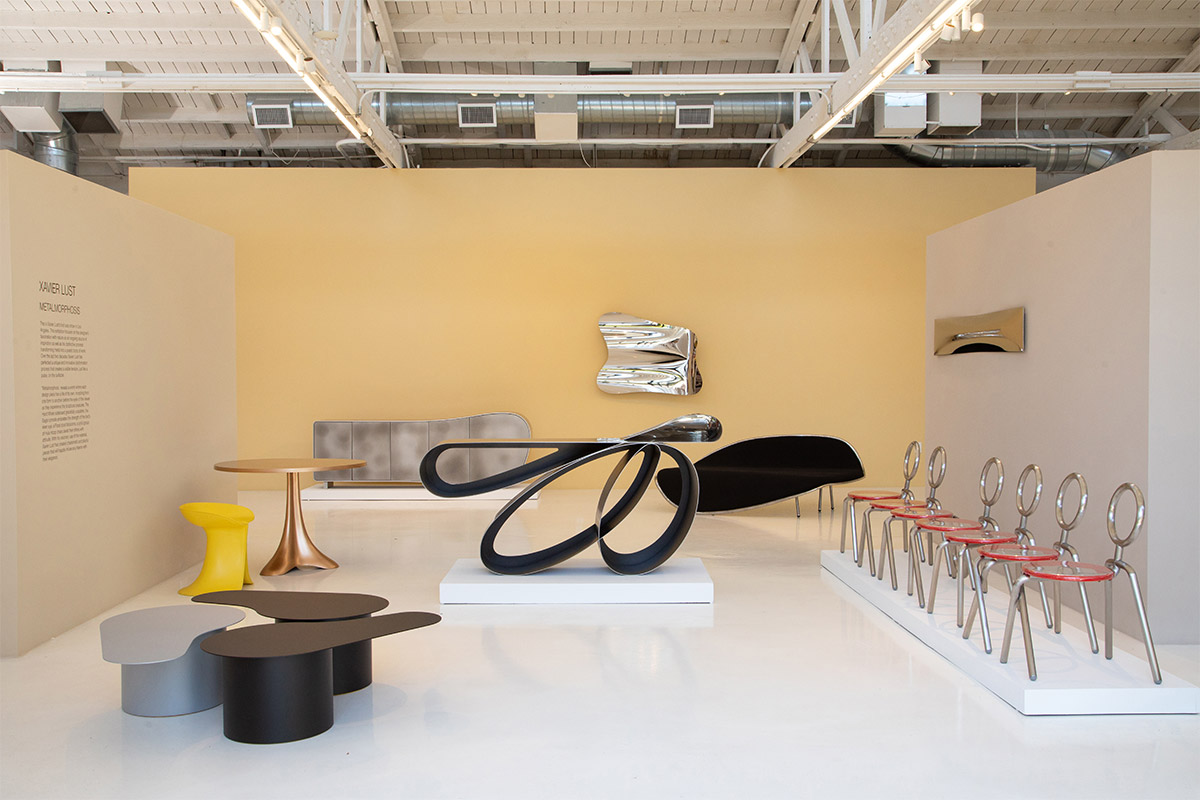 “Metalmorphosis” is comprised of nine works by Belgian Xavier Lust, his first show on the West Coast,
which showcases his command of diverse metals. Trained as an industrial designer, Lust began to shape
collectible limited-edition designs in 2006. His creations are inspired by nature – like the aptly named
Floral Stool, Eagle Console and Hard Whale Cabinet – and the inherent nature of the materials
themselves. Each piece is rare, most are editions of just 10 or fewer, and leaves an impression of
harmony and strength, devised of his own innovative process of curving metal, imbued with an energy
that collectors’ recognize only Lust can achieve. “We are over the moon to give Xavier his inaugural show
on the West Coast,” says Ralph Pucci. “His ability to bend and shape metal sheets without a mold makes
his work highly collectible. He’s already a legend among industrial designers. His ability to create at once
simple and complex works of art makes him a ‘must have’ among the top interior designers.”

Eight larger-than-life (6’ x 4’) portraits of female jazz icons of the 20th Century – Ella Fitzgerald, Nina
Simone, Billie Holiday, Josephine Baker, Hazel Scott, Joyce Bryant, Sarah Vaughn and Lena Horne – are
Rebecca Moses’ “Voices”. Known for her realistic portraiture, this is her fourth show with RALPH PUCCI,it again features exuberant colors while it marks her first use of three-dimensional accents, with leafing,
rice paper and rhinestones, which were applied by laying the canvases on the kitchen island of her New
York City studio/apartment. “There’s a close correlation between our ideas at Pucci and jazz,” Ralph Pucci
told WWD. “The icons in ‘Voices’ took the notes of the music that were in front of them and brought them
to the something unexpected. I hope that’s what we are doing in our galleries and collections, exploring
with design ideas in very much the same way. I have always listened to these jazz greats and Rebecca
has made them goddesses.” In addition to the portraits, Moses’ work is featured on the new murals on the
exterior façade.

Celebrated photographer Christopher Makos will show six portraits of Andy Warhol in the aptly named
“My Friend”. “I have always encouraged the model to just be ‘themselves’ for me when the session is a
portrait shoot. I try to direct the subject into the light, and ask them to ‘find your light.’ When they find it,
they are able to be themselves. And it was no different with Andy. From 1976, when I first met him, and
over the intervening years, it was that trust that we had with each other that allowed him to be himself in
front of my lens.”