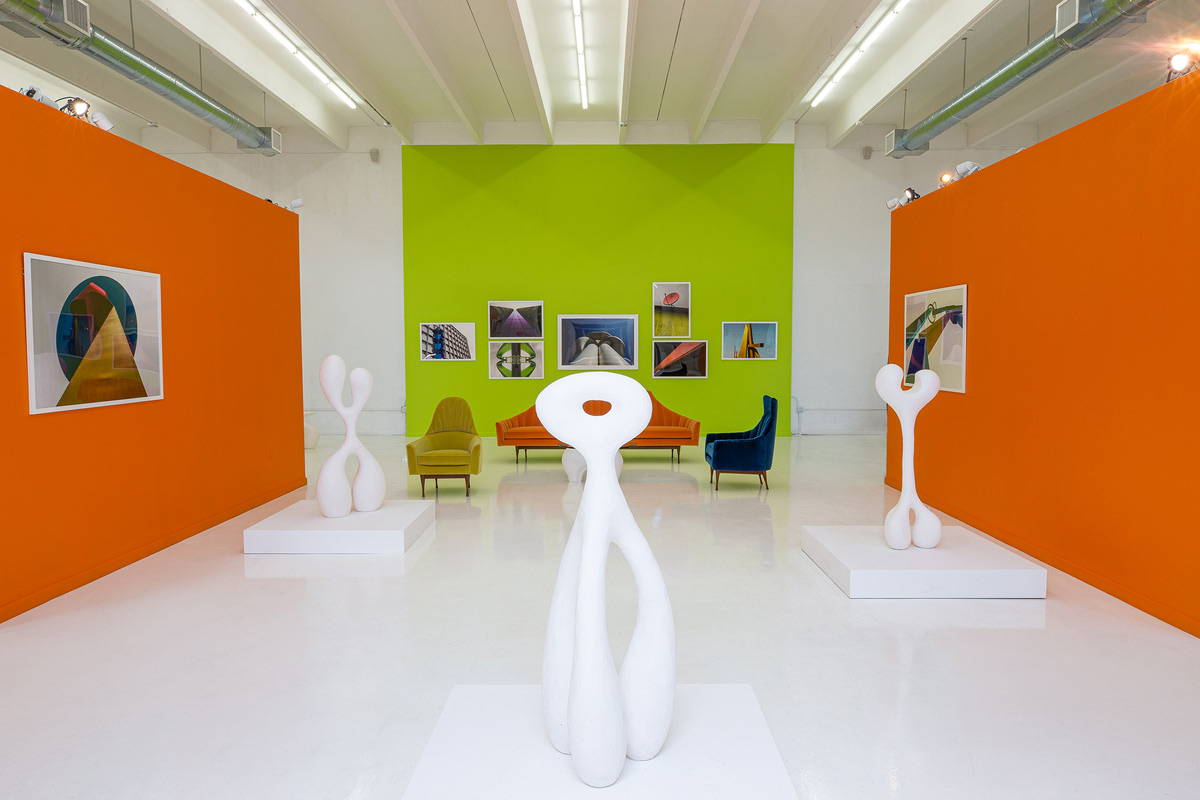 Juan Pablo Castro makes his RALPH PUCCI debut with a new show titled ‘Joy.’ Castro’s fascination with color and shape is evident in the photography series which captures deconstructed images of public structures. His background as an industrial designer informs his artistic eye, which translates small details – the curve of a column or the geometric pattern of windows – into a story.

For more on Juan Pablo Castro, check out our interview with him in the Spring 2020 issue of RALPH PUCCI (culture) here

Paul McCobb was one of the most celebrated American furniture designers during the 1950s and 1960s. McCobb’s design aesthetic is characterized by simplicity of form with a lack of ornamentation. Inspired by his New England upbringing and influenced by the Shaker design principles, McCobb combined slender lines with sculptural forms.

John Koga is known for his abstract modernist aesthetic that conveys a sense of serenity, balance, and space that is inspired by the artists Isamu Noguchi, Saturo Abe, and Tadashi Sato. Through his artwork, Koga strives to share the beauty of natural elements, including stone, the ocean, and the sky.