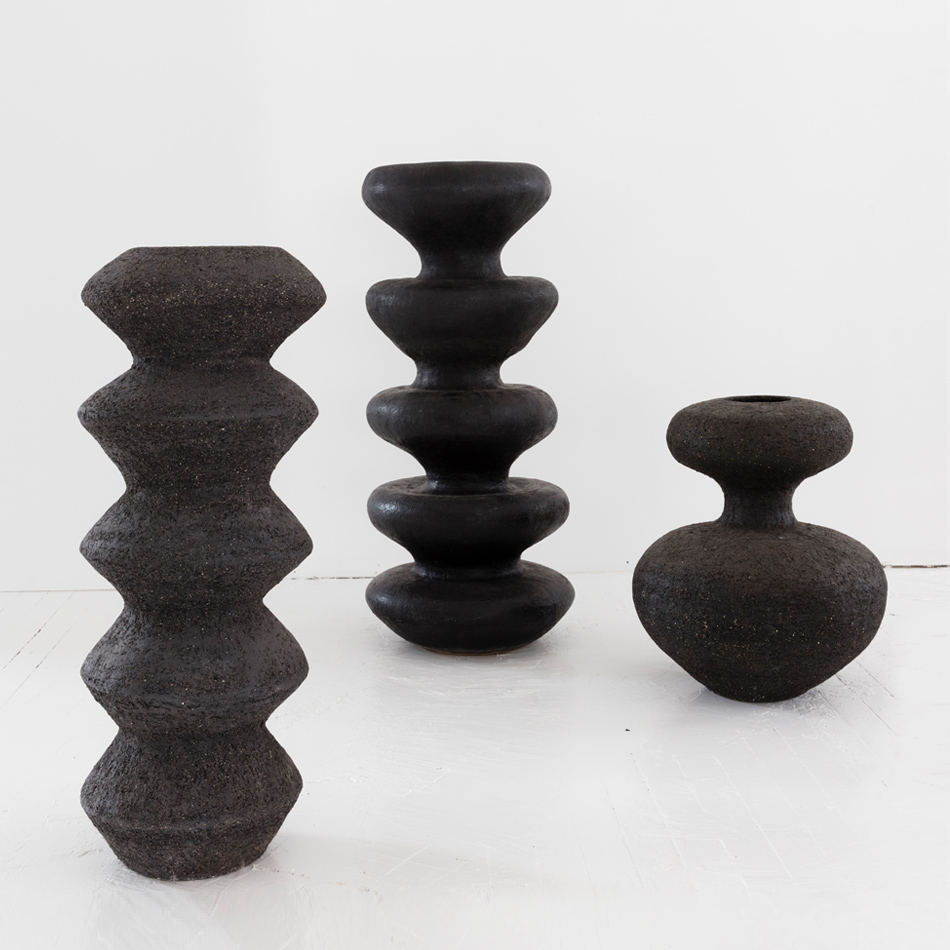 17.3″ D x 41.7″ H
22″ D x 50.4″ H
19.7″ D x 27.6″ H
Artist Bio
Abigail Ozora Simpson’s ceramics have been exhibited extensively in Britain and are represented in numerous international private collections. Her large ceramic vessels, sculptures and trademark ‘Bobble pots’ are hand coiled from stoneware clay and fired to 1280 degrees centigrade. She has been working with the theme of the vessel to develop it as an object beyond normal usage. “For several years, the theme of the vessel has been a constant in all my work. During that time, I have attempted to develop every aspect of its physical possibilities. In terms of ‘engineering the form’ these objects have moved through various architectural stages, sometimes resembling entirely non-functional columns as well as retaining their status as vessels.” She joined RALPH PUCCI in 2001. 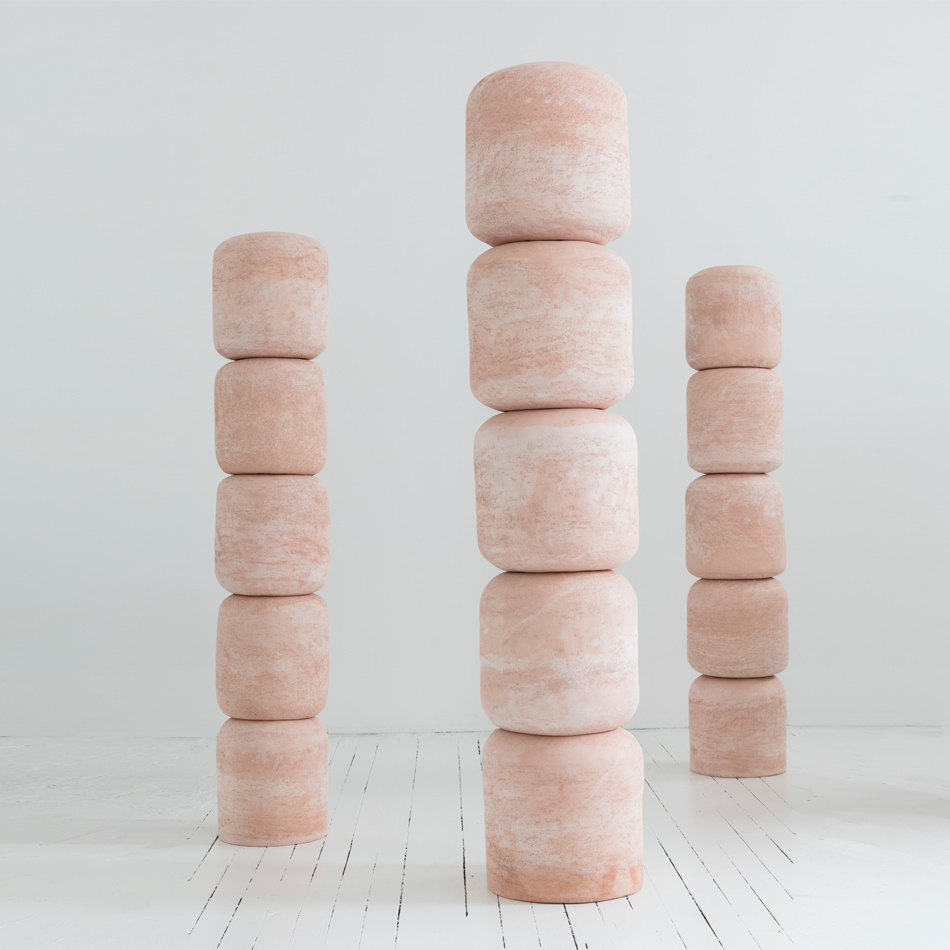 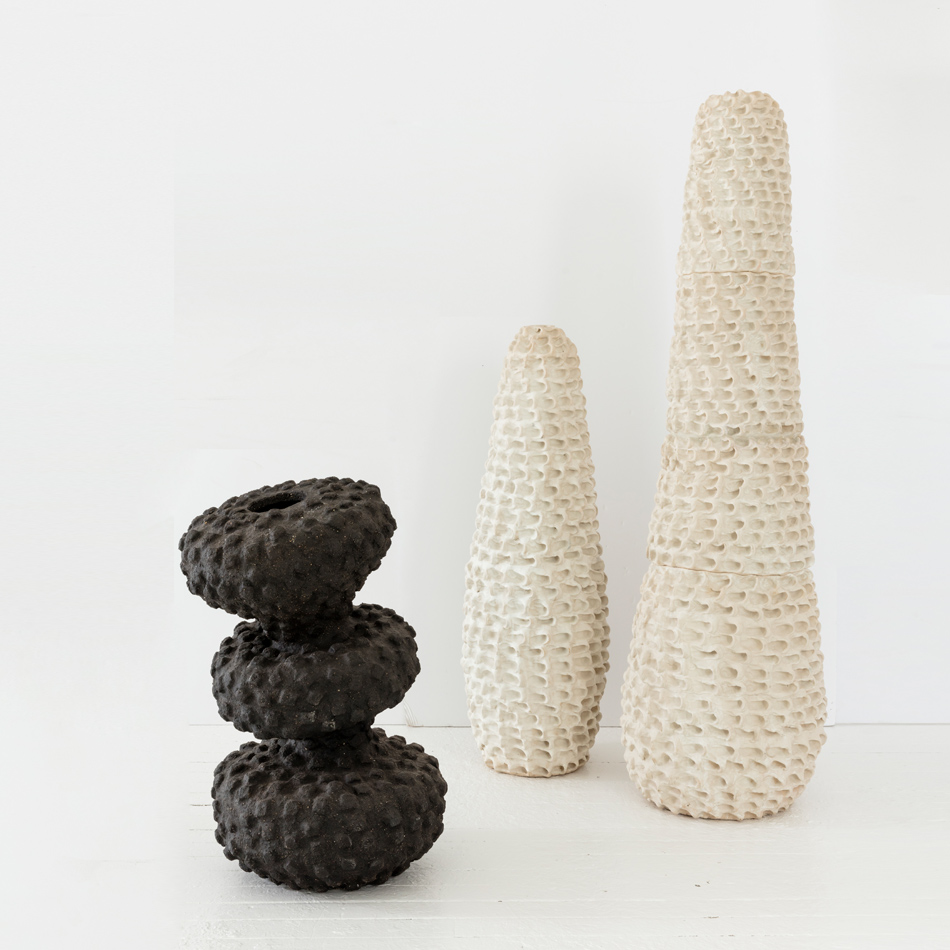 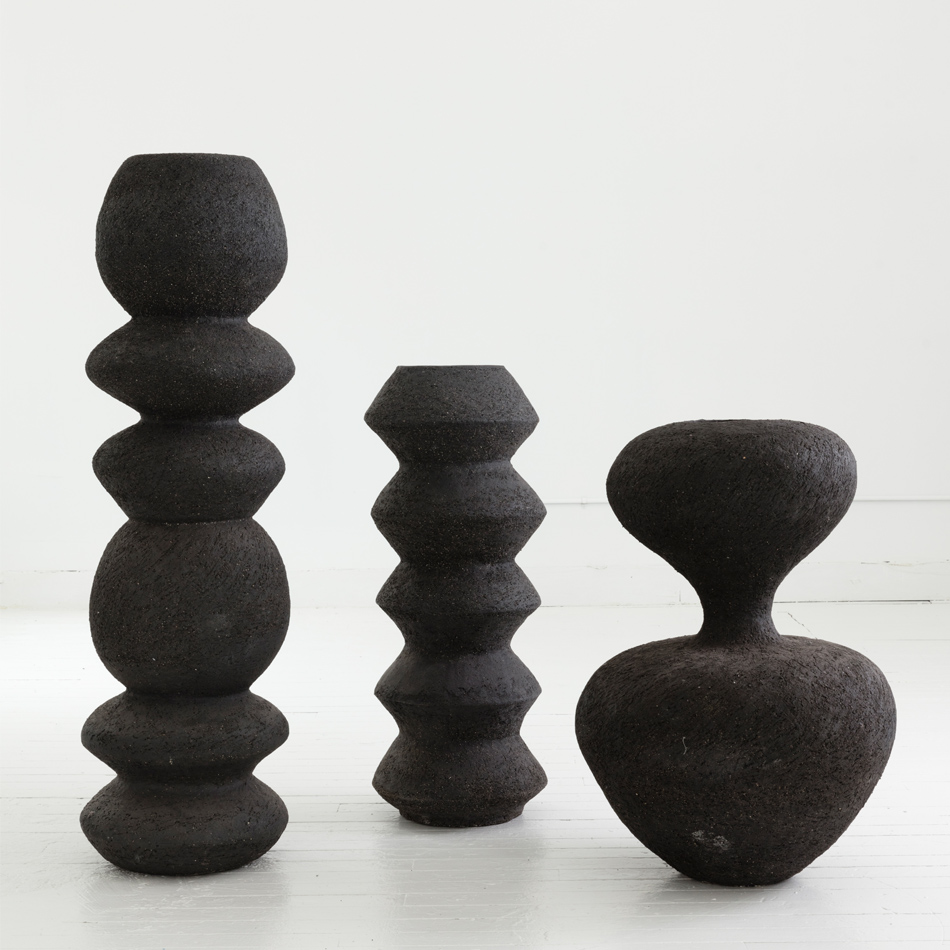 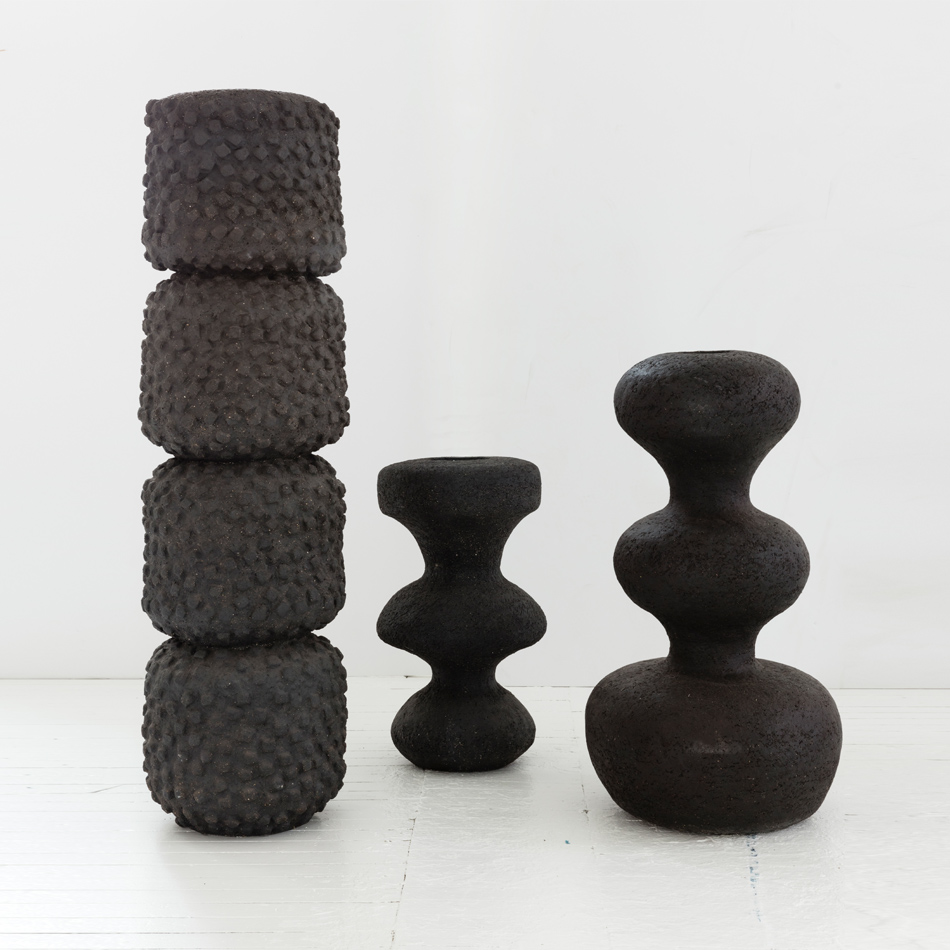 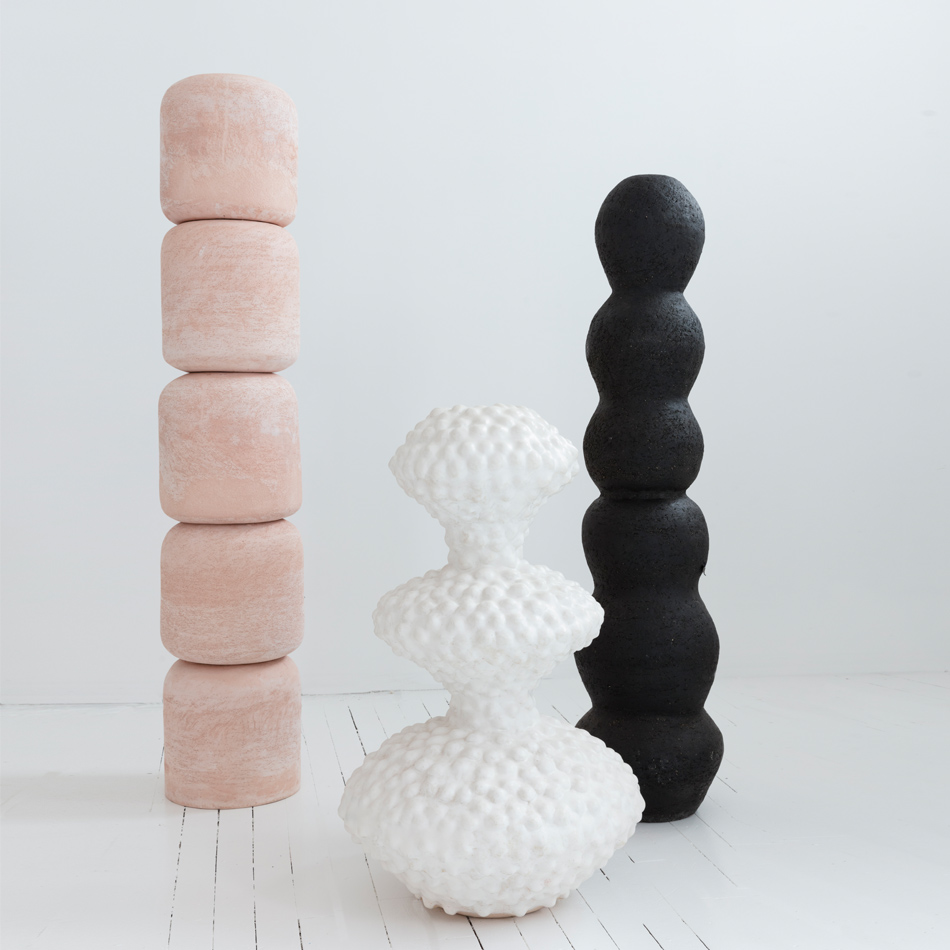